Benefits of Vaping Cannabis Instead of Smoking 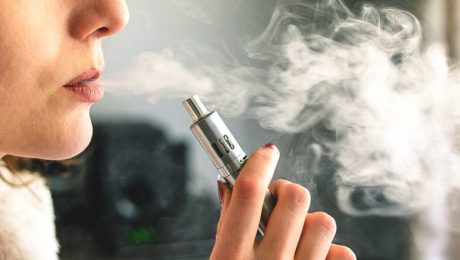 Is taking care of your lungs important to you? You know their importance to a long healthy life. Lord Vaper Pens is an advocate for the health benefits of cannabinoids, however we are also aware that the most popular form of cannabis consumption is through inhaling marijuana smoke. We care about your lungs. Inhaling smoke of any kind can cause major respiratory problems, especially for those already suffering from some sort of respiratory condition such as asthma. Is vaporizing healthier than smoking? Of course it is.

Now that we have established how natural cannabinoid consumption is, the real concern is about consuming cannabis in the healthiest ways possible. Vaping can be a very healthy way to consume marijuana. Vaping has a much quicker effect than consuming edibles and is often much more convenient. Consumers need to understand how to vape weed correctly though.

Understanding the difference between vaping weed versus smoking is essential. At the heart of the issue is combustion. Consumers want to avoid inhaling smoke created from combustion. The most common consequence to inhaling combusted smoke is chronic bronchitis. Many smokers have been contending with chronic bronchitis for a long time and ignore the symptoms.  Of course, the worst consequence of inhaling combusted smoke is the introduction of carcinogens and other toxins to the body. Combustion starts at 451°F and when something is on fire, temperatures can reach over 2,000°F. These high temperatures break down substances to their smallest compounds including carcinogens and other toxins. The key on how to vape weed correctly and safely is to keep temperatures below 451°F.

Cannabinoids are released from marijuana starting at 285°F. CBD or cannabidiol, the medicinal cannabinoid found in marijuana, is released just below 320°F. A good vaporizer with a good battery (like those found HERE at Lord Vaper Pens) will have different temperature settings so that the consumer can customize their vaping experience to extract the specific cannabinoids they are looking for. Good vaporizers will also use either ceramic or titanium heating coils which control temperatures much better than the fiber-wick alternatives. A cheap vaporizer may also have glue and metals in them that get off-gassed and inhaled while vaping. Consumers should want to know clearly exactly what they are inhaling.

Another tip to vape weed correctly is not to hold the vapor in your lungs. It is a misconception that holding vapor or smoke in your lungs really increases the amount of cannabinoids absorbed into the body. Studies have shown that holding in vapor or smoke only allows more toxins to enter in your body, not cannabinoids. 95% of cannabinoids found in the marijuana vapor are absorbed into the system in just a couple of seconds. So, take small, brief pulls on the vape pen, hold for a few seconds, then exhale.

There are many reasons why vaping weed versus smoking it makes more sense. It should even save you money because you will burn through marijuana much faster than you will vape through it. As far as we here at Lord Vaper Pens are concerned, the health benefits of cannabinoids are very real. It is just that consumers need to know how to consume and vape weed correctly to take full advantage of the benefits without endangering other aspects of their health. Take care of your lungs and know that Lord Vaper Pens will continue to offer the best vaping products on the market.

Industrial Hemp/CBD products sold on this site contain 0.3% or less THC. Depending on your state of residence, you must be at least 18 years of age, or older, to shop and make any purchases on this website. Products on this website will not be sold to, nor should they be used by, persons under the legal age in their state. Products should be used only as directed on the label or in the user guide. Industrial Hemp/CBD products should not be used if you are pregnant or nursing. Please consult with a physician before use if you have a serious medical condition or use prescription medications. Always consult with a doctor before using these or any supplemental dietary products. These statements have not been evaluated by the FDA. The products sold on this website are not intended to diagnose, treat, cure or prevent any disease. By using this site you agree to follow the Privacy Policy and all Terms & Conditions printed on this site. Void Where Prohibited By Law.

TOP
REWARDS! WE GIVE REDEEMABLE VAPER POINTS WITH EVERY ORDER!